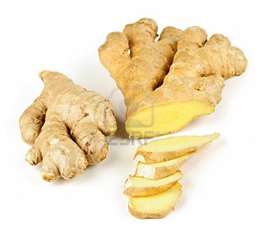 Some times when I am standing in the kitchen cooking I will remember things that I forgot to put into a post or something that I “should” include but usually I promptly forget as I go on with my daily chores of life.   Well, this morning I thought that instead of trying to remember it all I might just start a Helpful Hints category enabling me to include some of these things that I forget at the time of writing.

Yesterday, as I was making a yummy pot of chicken stock, I remember that I had forgotten to mention something I learned a lot of years ago from the Korean culture. The Koreans put ginger root in their chicken when they boil it.  They will often stuff the cavity of the chicken with ginger.  This adds a clean yummy flavor to the chicken stock and I am sure that is the reason they use it.  But I have found that the ginger root also seems to cut the impurities that cooks out of the meat.  I was once told it cuts the unpleasant smell of cooking chicken, which I have found to be true.

It seems that only the Koreans use ginger like this in their chicken.  One day while shopping in the Asian store run by a Chinese woman, another Asian woman from a different cultural background came in.  From the conversation between the two I gathered the details.  This woman was involved in having a special graduation dinner for a Korean young woman.  This young woman had requested a particular recipe–chicken stuffed with ginger.  This lady was not Korean didn’t have a clue to what the young woman wanted, and was asking the Chinese woman for help, which she was unable  to give….And so there I stood, the obviously white caucasian, what else could I do but interjected into the conversation?  I explained to both women how the Koreans stuffed the chicken full of ginger.

Here you will find a traditional recipe http://www.trifood.com/samgyetang.asp

Not GAPS/ SCD approved but the basic tenants of the good flavors are still there.  Take out the rice and soy sauce and add in some of your own substitutionary ideas.  GAPS/SCD isn’t really that hard, we just have to get to the basics of good food and then work outwardly, eliminating those things we are not to eat and adding in those that we are allowed to eat.  For instance, I would replace the rice with carrots and celery.

In closing, Ginger root isn’t just for when you are sick but has many daily uses.  So the next time you are walking down the store aisle and see a clump of ginger root grab a hold and give it a fresh try.

Posted by basicgaps on January 11, 2012 in Chicken, Helpful Tips, Soup